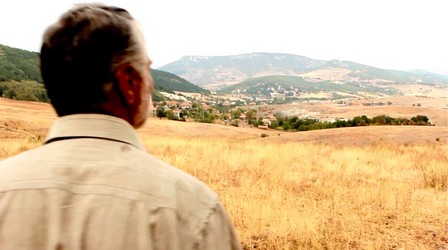 "And there were shepherds living out in the fields nearby, keeping watch over their flocks at night. An angel of the Lord appeared to them, and the glory of the Lord shone around them, and they were terrified. But the angel said to them, "Do not be afraid. I bring you good new that will cause great joy for all the people. Today in the town of David a Savior has been born to you; he is the Messiah, the Lord." Luke 2:8-11

Of all the people waiting for the coming of Christ, why did the Lord God first send the angelic messengers to simple shepherds? I have a theory that is based on my experience and the nature of God revealed throughout Scripture.

As a former missionary and founder of Reach A Village, I have felt the call of God to focus on ministry to forgotten people, often in remote areas, who most desperately need the Savior. The Christmas story is full of examples of God's reaching out to those in society who have neither wealth nor fame.

Joseph and Mary, were ordinary people from an obscure village who could hardly afford the journey to Bethlehem. They had to rely on the kindness of a stranger to allow them a place to sleep and for their child to be born. The birth was not amidst the smells of a disinfected hospital or the burning incense of a temple or palace. The birth of Jesus was surrounded by the smell of hay and manure. Not unlike the familiar smells of the areas we serve.

The glorious announcement of Christ's birth came by angel messenger to ordinary people who roamed the Judean countryside to find food for their animals. They are hardworking and rugged people who toil in a thankless occupation. In God's will and plan, they were not forgotten.

I want to thank all of you for your prayers and support to reach the forgotten people of the world. Though we don't know their names or faces, the Lord does. There is much rejoicing in heaven that the least of these are hearing and responding to the Gospel.

Thank you for helping thousands of people celebrate their first Christmas this year.