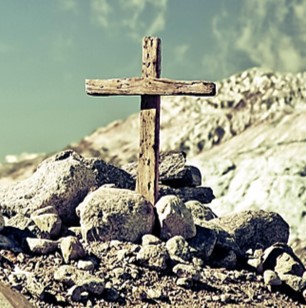 I like to start any discussion about persecution by asking the question, “Who killed Jesus?” Was it the Jews? Or was it the Romans? The longer you ponder the questions, the more complex the answer becomes.

We are approaching the time of year when many churches are having special times of prayer for the persecuted churches and Christians around the world. Why are they persecuted? Why are there so many of us who are not being persecuted? These are challenging questions. “Because they are Christians” is a possible answer to both questions.

The deciding factor as to the degree of persecution often lies in the prevailing religious and political climate of the times. Jesus told His disciples, “ ‘... they will lay hands on you and persecute you. They will deliver you to synagogues and prisons, and you will be brought before kings and governors, and all on account of my name.’ ” Luke 21:12 (NIV) This was a hint that persecution can involve a mix of religious and political motives. Jesus Himself was victim to this. The Romans tortured and ridiculed Him, executing Him by brutally nailing Him to a cross. The Jewish religious leaders were the ones who set it in motion, making use of Roman political connections to kill Jesus.

Having spent time in ministry in Vietnam, Cambodia, Laos and Indonesia, I hear stories from those who have suffered prison, house arrest and banishment. They have been beaten, tortured, threatened, humiliated, and have endured every imaginable kind of injustice, primarily because they were Christians living in the midst of religious or political opposition. They had done no wrong, but were misunderstood, despised and targeted because their faith was viewed as a threat to religious or political power.

The false perception that Christianity is a “Western religion” continues to be one of the main factors motivating persecution. Believers are even accused of working for the CIA because they are Christians. After all, it was Western missionaries who most often introduced the Gospel to much of Asia. The colonists often brought their missionaries and their military to subdue nations during colonial times.

Yet there are many cases where persecution results when believers break from ingrained religious traditions, social norms or political systems because of their faith in Christ and the truth of His Word. They are good citizens, attempting to live peaceable, godly lives. They face the spiritual darkness of their environment with love and faithfulness and find themselves persecuted by “evil men.” “And pray that we may be delivered from wicked and evil men, for not everyone has faith.” 2 Thessalonians 3:2 (NIV)

The persecuted believers I have met show this same sacrificial spirit, this same understanding of their purpose in life. They embrace persecution as part of the life of a Christian, just as it was part of the life of Christ. Their Christlikeness in the midst of the refining fires of persecution reflects His image and His love to those who are persecuting them. Enduring persecution, even to the point of death, is the ultimate testimony to a living, loving Savior.