Should I Not Have Concern? 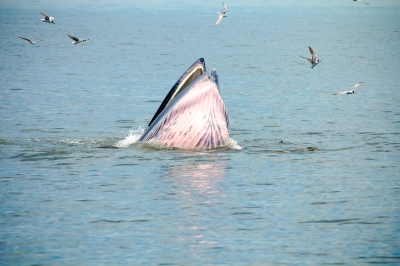 Jonah’s story is perhaps one of the most famous in the Old Testament, and with good cause. Since it is very dramatic and has great teachings, it is an excellent story to share with children and adults alike.

To recap, in Jonah 1:2 God calls Jonah to preach in the great city of Nineveh because of the wickedness taking place. Instead of obeying God, Jonah fled by boat. God saw this and sent a great storm. After determining he was the cause of the storm, the sailors threw Jonah overboard, where he then gets swallowed by a whale (or large fish). He remains there for three days and nights, repents, and then is released from the whale to start ministry in Nineveh.

For most of us, that is where the story ends.

Yet, there are key teachings in the book of Jonah that can be overshadowed by the first chapter (and a giant fish). This is an Old Testament book written hundreds of years before Jesus walked on the earth. The key question of the book is: Why has God called Jonah to Nineveh, a non-Jewish city?

Although Nineveh was known for its wickedness, God explains in 4:11, “Should I not have concern for the great city of Nineveh, in which there are more than a hundred and twenty thousand people who cannot tell their right hand from their left—and also many animals?”

Simply put, the people in Nineveh are lost! God’s vision is greater than simply the obedience of one person. The 120,000 people are so lost that they cannot even tell their right from their left. Even the animals are lost! They are not following His ways, and He wants them to turn away from the wickedness.

What was the result? Chapter 3:4-5 says, “Jonah began by going a day’s journey into the city, proclaiming, ‘Forty more days and Nineveh will be overthrown.’ The Ninevites believed God. A fast was proclaimed, and all of them, from the greatest to the least, put on sackcloth.” The news even reached the king, and he issued a decree for the people to repent! As a result, the people were spared and God did not bring about their destruction.

When we consider modern missions, we can learn three things from this book:

1) God uses people as His main way to reach the lost with the Gospel. This theme is echoed throughout the New Testament as well – the disciples, Paul and Jesus Himself were the messengers of the Gospel.

2) God already wanted the world to follow Him during Old Testament times. He had chosen Jonah to be the messenger and relentlessly pursued him so that the message would be brought to Nineveh, a non-Jewish city.

3) God has tremendous love for the lost. Even hundreds of years before the Great Commission, we see God already showing His divine love for the world, wanting all to come to faith. God, in His righteous justice, was deeply offended by what was taking place in Nineveh, but He offered redemption for them.

At Reach A Village, our heart’s desire is the same as God displays in this book. Just as God wanted to reach the people of Nineveh, He wants all to know Him today. He is still sending out people to the unreached places of the world with the Gospel. Pray for willing workers to reach these areas around the globe!

I encourage you to read the book of Jonah again with fresh eyes. May God show you more of Himself in this fascinating account of reaching the city of Nineveh. God bless you!

Image courtesy of tiverylucky at FreeDigitalPhotos.net