God of My Salvation 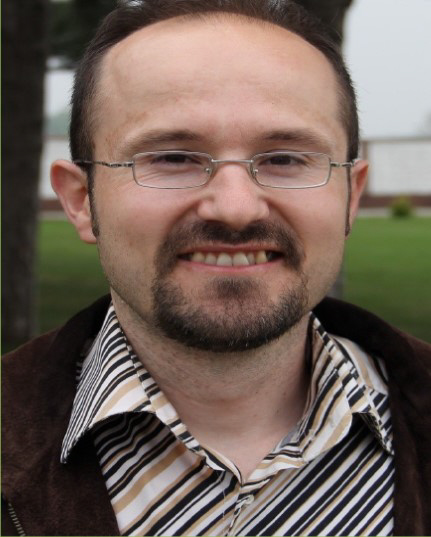 Despite the fact that Steven in Serbia grew up in a family without Christian values, he could see the hand of God in his life. “God arranged so many things for me to find Him,” Steven says.

At the age of 18, Steven accepted Christ as his Lord and Savior. He had every intention of walking the path that God had laid before him. However, not long after becoming a believer, Steven met and married a woman who did not share his faith in Jesus. He began to stray from God’s truth. He turned to alcohol to save him from the stress of his life. He waited for his marriage to get better, but it did not.

Steven and his wife divorced. He maintained custody of his son until alcohol made it impossible for him to care for his child. Years passed while Steven sank deeper into despair. He felt unable to find his way back to the God of his youth.

In the midst of this extremely low point in his life, Steven was hit with yet another shock. His son had a brain tumor. Steven realized that this was a problem he could not fix and a situation from which he could not hide. Only God could save his son.

Steven began to pray and meet with a local church planter. Through the church planter, Steven was connected with other believers and began to fellowship and study the Bible with them. He renewed his faith and commitment to Jesus.

Today, Steven shares, “My son is alive by the Lord’s grace, but the most important thing for us is that His Son, Jesus, is alive.” Steven’s heart is filled with joy because he walks with the God who brings salvation to all men. 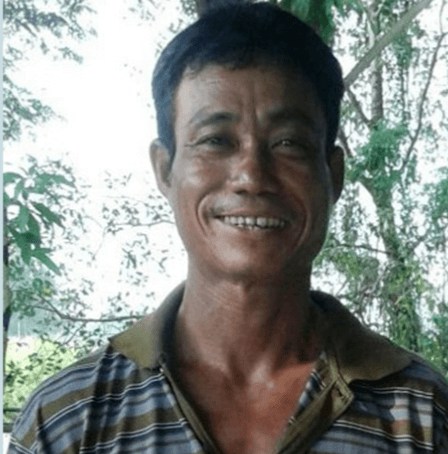 When Wai Thet in Myanmar was 8 years old, his brother was so ill that the village physician gave up on him. “We thought he was dead. So, my mother screamed in the name of Buddha,” Wai Thet shares. But nothing happened. His brother was no better.

“That evening, a Christian worker visited us, prayed for my brother and gave some medicine. I was so impressed by his love and concern for my family,” Wai Thet recalls. “When he left, he said ‘Jesus is able to heal, and he will.’” The next day, Wai Thet’s brother got up early in the morning, totally healed! However, his grandparents claimed that it was their good deeds (karma) that caused his brother's life to be restored, and they warned his family to avoid the Christian worker.

Later, when Wai Thet was 14, he was home alone because his parents were out farming and his brother was at boarding school. Wai Thet began to experience spiritual oppression. “It made me so miserable that the only thing I look forward to in life was sleeping because that was the only escape I had from the oppression,” Wai Thet says.

One day, the thought occurred to him that if Jesus raised his brother from death, couldn’t He also heal Wai Thet? “I began to pray in Jesus' name all night long, and to my amazement, the oppression disappeared!” Wai Thet remarks. “I was completely astonished by this and incredibly relieved. The power of prayer is awesome! There is power in prayer in the name of Jesus if we just persevere and stand against the enemy when sickness tries to take a hold in our bodies.”

A few months later, a Christian friend invited Wai Thet to visit his church. “I was amazed at how joyful and friendly the people were. I ... felt so loved by these people I had just met,” he comments. After his healing, Wai Thet had been praying for the right church. “I was so excited that God had answered my prayers to lead me to a church, and I was full of newfound joy and hope,” he tells.

Still, it wasn’t until a visiting evangelist preached the Word of God at the church that Wai Thet fully understood what it means to be saved. “What's going to happen to you when you die?" the speaker asked. "Nothing is more important than where you will spend eternity,” he stated.

“I understood I wasn't really ready to die. I gave my life to Christ on that day,” Wai Thet relates. “Suddenly I felt the burning desire to tell others about Jesus ... Like never before in my life, I had a hunger for God's Word. Many of my habits and opinions changed.” With the Lord’s help, Wai Thet overcame many obstacles and was baptized. “Having a personal relationship with God and the assurance of salvation brings true peace,” he submits.

The Search Is Over 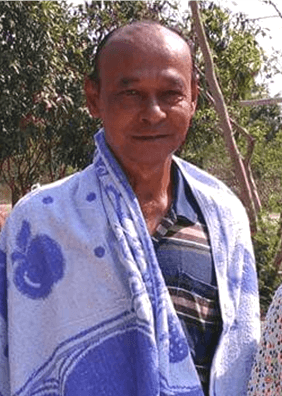 Lin Zeya in Myanmar grew up in an unhappy home, living hand-to-mouth. He was the youngest of five children in a devout Buddhist family. At age 25, Lin Zeya became a teacher. He loved his vocation and was proud to teach Buddhism to the schoolchildren every morning. In the evening, he served as a volunteer accountant at the local pagoda.

“After five years of happy marriage, my wife left me with three children to care for,” Lin Zeya tells. “I was only 30 years old! I tried to find consolation in my religion, but I had recurring questions. I wondered: ‘Why do bad things happen to good people? Why do we pray and not get the answer?’” Above all, Lin Zeya wondered if there was any God who cared for him, knew him, and understood him.

Lin Zeya shared his questions with some monks he met. One of them replied: “I don’t know. Ask the senior monk at the monastery.” Another one said that it just depends on our past karma. Lin Zeya kept on searching, but no one had satisfying answers to his questions.

When Lin Zeya was visiting an old friend, she invited him to attend a Christian church meeting. He liked what he saw and heard, but because of his busy life, Lin Zeya didn’t return at that time. Two months later, he went to the church again and met with Pastor Matthew. They had an intensive question-and-answer session, which finally led Lin Zeya to Jesus Christ!

“How I longed for each Bible study,” Lin Zeya says. He was troubled by the vast differences between his former beliefs and what he was being taught, so Lin Zeya studied the Bible thoroughly himself to ensure that what they were teaching was the truth.

“Soon, I realized how religiously confused I had been for decades,” Lin Zeya remarks. “I felt overwhelmed, as if my spirit escaped from the bottomless pit. How happy I was to be born-again! I realized that Jesus loves me and cared enough for my soul. ... Reading the Gospels was a turning point in my life. I was touched to learn how merciful God truly is.”

Lin Zeya concludes, “The day I finally got baptized at the age of 50 was the happiest of my life. ... Now I can pray to God as my Heavenly Father and friend. ... Looking back on my pursuit of peace and joy, now that I have found the answers I so longed for, it brings me great joy.”

Joseph in the Philippines describes himself as “just an ordinary laborer in my vegetable garden...” He never thought about, or even could have imagined, doing any teaching job because he did not finish any school degree. “... but truly God has a greater purpose that He has for all of us to do for His glory,” Joseph observes. For Joseph, that purpose was teaching Values Education in a local public school.

In this ministry, volunteer teachers like Joseph are trained to go into school classrooms to teach about Jesus and Christian values!

He recalls, “One day, my friend shared that his pastor was recruiting the pastors and members from the nearby churches to go to the school to teach Christian values, and my friend wanted me to join them. At first, it sounded like a joke, but he was very serious. I had a lot of questions on how we, simple gardeners all of our lives, could do this. We ended by praying right there in my garden, and after praying, peace and excitement started to birth inside of us.

“The following week, six of us met together, and I was so surprised that we were from four different denominations. It was the first time for me, in my entire life here in our small community, to see such unity among the four denominations, having one goal, and that was to share the Gospel message to the students at the school. It blew my mind to see this!” Joseph shares.

Joseph concludes, “This is now our second year of teaching of values in the schools, and all four denominations are working together and enjoying the fellowship at the schools each week, knowing we only have one goal. Our churches are growing for the glory of God!”

Since 2007, over 900,000 Filipino students have been reached and hundreds of churches have been established. Dedicated volunteers like Joseph are truly making a difference!