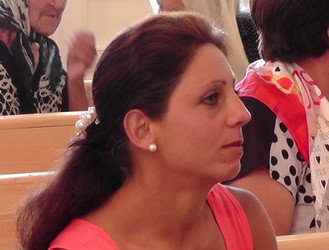 Imagine having a headache, fever, and difficulty breathing for six months without an end in sight. That was the reality for Jasna, who believed she was Christian simply because she was not born Muslim.

"God and faith did not mean much to me. When a friend told me about her experience with God, at first I thought she was not in her right mind. But slowly God drew my attention to Him."

Soon after, Jasna joined a group of women who gathered to read from the Word of God. She was struck that they gathered only to read and pray.

"That was such a shock to me - to communicate directly to God. I was excited to speak to God with my own words."

Jasna developed health issues, but nothing prescribed to her worked. Exasperated, doctors did not know what else to do.

"I prayed for healing and I had not doubted that God would heal me. So, after one midweek service, I had my quiet time and God spoke to me. For three hours, I prayed and cried. In one moment while praying, I felt that God's presence was over me. I felt I was free and could breathe normally. Then I was assured of God's might to heal and that He was listening to my prayers, and responds in His way, in His time.

"One day I heard that the pastor announced an opportunity for baptism and I knew immediately that I had to be obedient to my Lord and to give that testimony of following Him. God changed my life, and I now follow Christ with my whole heart."