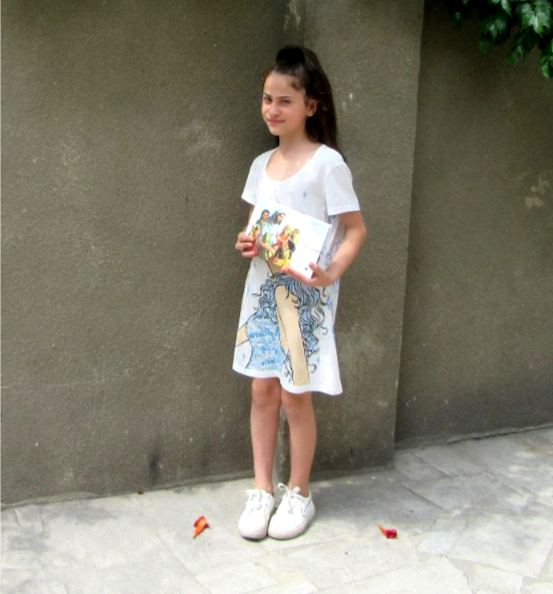 Anushuk in Armenia knows what is like to be without a father. Hers passed away during a war in 2016. Now, she lives with her mother in one of the local villages. She misses her father and felt jealous when she saw her classmates’ fathers caring for their children. Sometimes she became aggressive and angry at her mother.

While playing with her cousins one day, she heard some children talking about a summer camp near her aunt’s house. She and her cousins were excited and did join the other children there.

On their first day at camp, Anushuk felt happy because she was surrounded by lots of children and caring teachers. She liked the games, songs and especially the stories about Jesus. She heard that Jesus loves and welcomes children.

By the second day, she was sharing openly about her worries, needs and longing for her father. The teachers and other children prayed for her.

On the third day, Anushuk accepted Jesus as her Savior and Lord. She knew He would listen to her and take care of her. She was happy to receive her own Bible with pictures and some Bible study materials. Even her mother saw that her life had been changed.

Now, Anushuk reads her own Bible. She is also telling others about what she experienced during the summer camp. “My daughter is calm and peaceful now,” her mother says. “Thank you to all the organizers and teachers for this camp.”