3 Things That Will Kill a Church 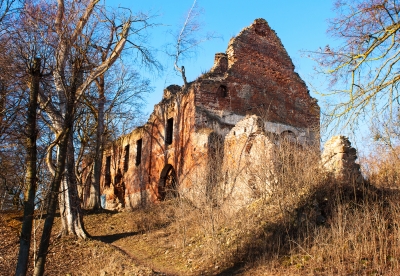 Ever wonder why Peter, James and John fell asleep on the mountain as Jesus was transfigured while communing with the God of the universe and with Moses and Elijah (Luke 9:28-36)? While on top of the mountain, Peter, James and John dozed off with heavy eyes during the most important period of prayer in Jesus’ life. When they awakened, Peter, as usual, fumbled for something to say and came up with the bright idea that a building program was in order! Jesus didn't even acknowledge such foolishness, and God Himself interrupted with a thundering proclamation of the divine nature of Christ and commanded them to listen to Jesus.

Then they headed down the mountain, only to face more overwhelming issues. How could these mighty apostles, who, earlier in the chapter, had cast out demons and healed the sick, suddenly be so powerless as to not be able to help the little, demon-possessed boy, writhing at the foot of the mountain, at the feet of the disciples and the feet of his desperate father (Luke 9:37-43)?

In fact, all of the apostles had successfully been sent out on their first solo mission and returned with great stories of victory. Great crowds of people followed them back to Jesus and He then fed the 5,000 with five loaves and two fish. Yet look at the disciples now, at the foot of the mountain! So shortly after such powerful experiences of sharing the authority of Jesus over demons and death, they all stood powerless and defeated.

What had gone wrong? What had "zapped" their faith and their power?

I have the privilege of helping train teams of church planters as they go into unreached villages. As I studied this passage (Luke 9), the Holy Spirit revealed something that I had never seen before. The real answer to the problem of these powerless disciples was something that Jesus had to deal with in detail over their next stage of training.

During the incident with the demon-possessed boy, Jesus made a simple statement regarding their lack of faith, prayer, and fasting to deliver the boy from demons. But the disciples already knew that. That's why He said, "How long do I have to put up with you?" (Luke 9:41). This power failure is not just about prayer or fasting or faith! Look at the next verses. Look at the events that were to follow. Therein lies the root of the problem of powerless, prayer-less, disciples.

Three stunning revelations come out about the attitudes of the disciples. There was something toxic going on among the disciples. Something Jesus needed to get to the bottom of quickly if they were to regain victory and power. These three attitudes would kill the church planting movement that had just begun. These attitudes would render the disciples powerless to carry out the Great Commission and the will of God.

Attitude #1. Who is the Greatest? Luke 9:46: “Now an argument started among the disciples as to which of them might be the greatest.”

Ah! Now we get to the heart of the problem of powerless disciples! They were proud and competitive, grasping for power and position. These characteristics are guaranteed to stop church growth and give Satan the upper hand. The fruits of this attitude are quarrels and arguments, discord and disagreement. It does not make them united; it makes them u-n-t-i-e-d. It breaks the bonds of brothers, but not the bonds of Satan. Here, at this point, is where Jesus brings a little child into the scene. Who gets to stand at the right hand of Jesus? An innocent, blameless child becomes the eternal example of greatness in Jesus' Kingdom (Luke 9:46-48).

No sooner than Jesus addresses the issue of greatness, the disciples open their mouths again, proving that they have deep issues that will hinder their effectiveness and zap their power. "He is not one of us!" Now what kind of spirit would you call that? In one of the training sessions in Myanmar, a worker cried out, "That's the denominational spirit!" Yes, if it is not individual pride and competition, it is the sectarian, group spirit. We are all so prone to think that God can only speak to us or work through our group. Does anyone have a corner on God, His Spirit or His Son? We cry that if someone is not for us, they are against us. "'Do not stop him,' Jesus said, 'For whoever is not against you is for you.'" (Luke 9:50). Jesus revealed the Kingdom point of view. The sectarian spirit will truly hinder a movement of God and stop the expansion of the Church.

Attitude #3. Destroy them! Luke 9:53-54 “but the people there did not welcome him ... When the disciples James and John saw this, they asked, 'Lord, do you want us to call fire down from heaven to destroy them?'"

In my estimation, these three spirits are the greatest hindrances to the work and movement of God in His Church and in the “missions” world. These attitudes hinder church planting, church growth and church unity. They must be rooted out by the power and presence of the Holy Spirit and dealt with openly and deeply if we are to carry out the Great Commission and take the Gospel to every village. Jesus had to deal with these issues before He could ever multiply and send His disciples out on another mission like the one described in Luke 10.

The next time we find ourselves lacking spiritual power, unity or compassion, I suggest we do a quick check of our attitude in these three areas. We will probably find the problem.