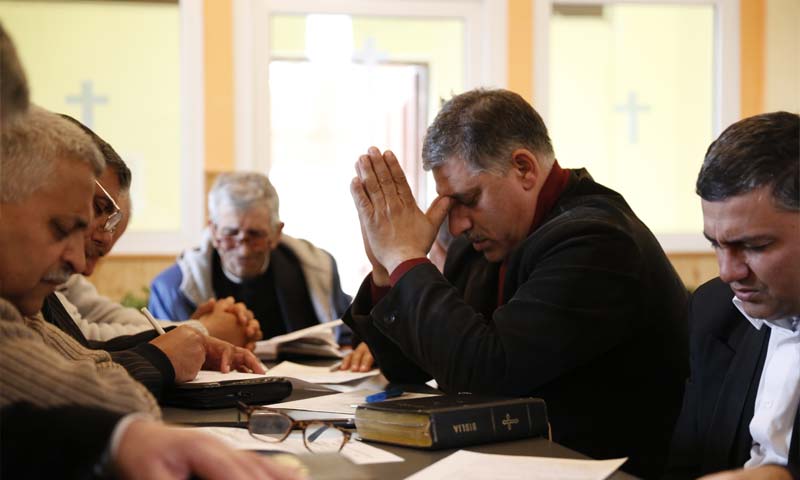 An international ministry team must have experience, integrity, compassion for the lost and spiritual fortitude.

We desire to follow Jesus' example of servant leadership. That means we must serve like Jesus, pray like Jesus and be willing to suffer like Jesus. We must search His Word and seek the guidance of the Holy Spirit for the challenges and opportunities we face around the world.

Robert Craft has a ministry background of more than 50 years as a pastor, missionary and evangelical missions leader. He is the founder and is serving as the Servant-at-Large (AKA-President) of Reach A Village. He has been working alongside international Christian leaders since 1989.

Bob has been involved in evangelism and discipleship ministry, helping local churches reach out to their own communities and beyond. He has served in ministry throughout Southeast Asia for the past 40 years, helping train local pastors and Christian workers in their efforts to grow and establish new churches. He has also been involved in multiple projects to develop training curriculum as well as discipleship/Bible study curriculum. Bob has a degree in Christian Education from Trevecca Nazarene University and is a graduate of Prairie Bible Institute in Alberta, Canada, with a focus in Bible/Missions. While living in the Philippines, he also continued some graduate courses at Asia-Pacific Nazarene Theological Seminary (APNTS) in Manila, Philippines, related specifically to theology in the Asian context.

Bob founded Reach A Village in 2012 after seeing that hundreds of thousands of villages in Southeast Asia have remained untouched by mission efforts, even though there are Bibles and other resources available in their many local languages. These villages represent more than 2 billion people!

Bob says this about the role of Reach A Village in modern missions: "The most effective and efficient way of reaching the remaining unreached villages of the world is through equipping local, indigenous Christians to reach their own people. Reach A Village helps them have the mobility, materials and training they need to carry out the Great Commission in unreached villages. As a result, new villages are reached every single day with the Gospel, and new churches are established where there were none before." 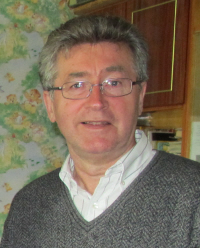 Waldemar Kurz was born in Kazakhstan (one of the Central Asian republics of the former Soviet Union) to German parents who were not Christians. He became a Christian at age 15 after his sister, who had left home a few years earlier and found Christ, returned and shared her new faith with him.

As a native of the former Soviet Union, Waldemar knows firsthand both the religious repression of Communist government and the spiritual hunger that was awakened when the Soviet empire crumbled. "Countries will not always remain as open as they are now," says Rev. Kurz, referring to the former Soviet Union and other areas he oversees. "We are not expecting any countries to close soon completely, but that possibility most certainly can become reality," he says, pointing to increasing challenges of ministry in this region.

"And more and more we see hearts closing to the Gospel as materialism creeps in," he adds. "We are racing with time. Right now, the hearts of the people are still much more open than the hearts of those in the West. Jesus says, 'Work while it is day, for the night is coming.' We must follow His command. We must work now."

For the past 24 years Waldemar has been overseeing ministry projects and programs in the former Soviet Union, Central/Eastern Europe, and the Middle East. 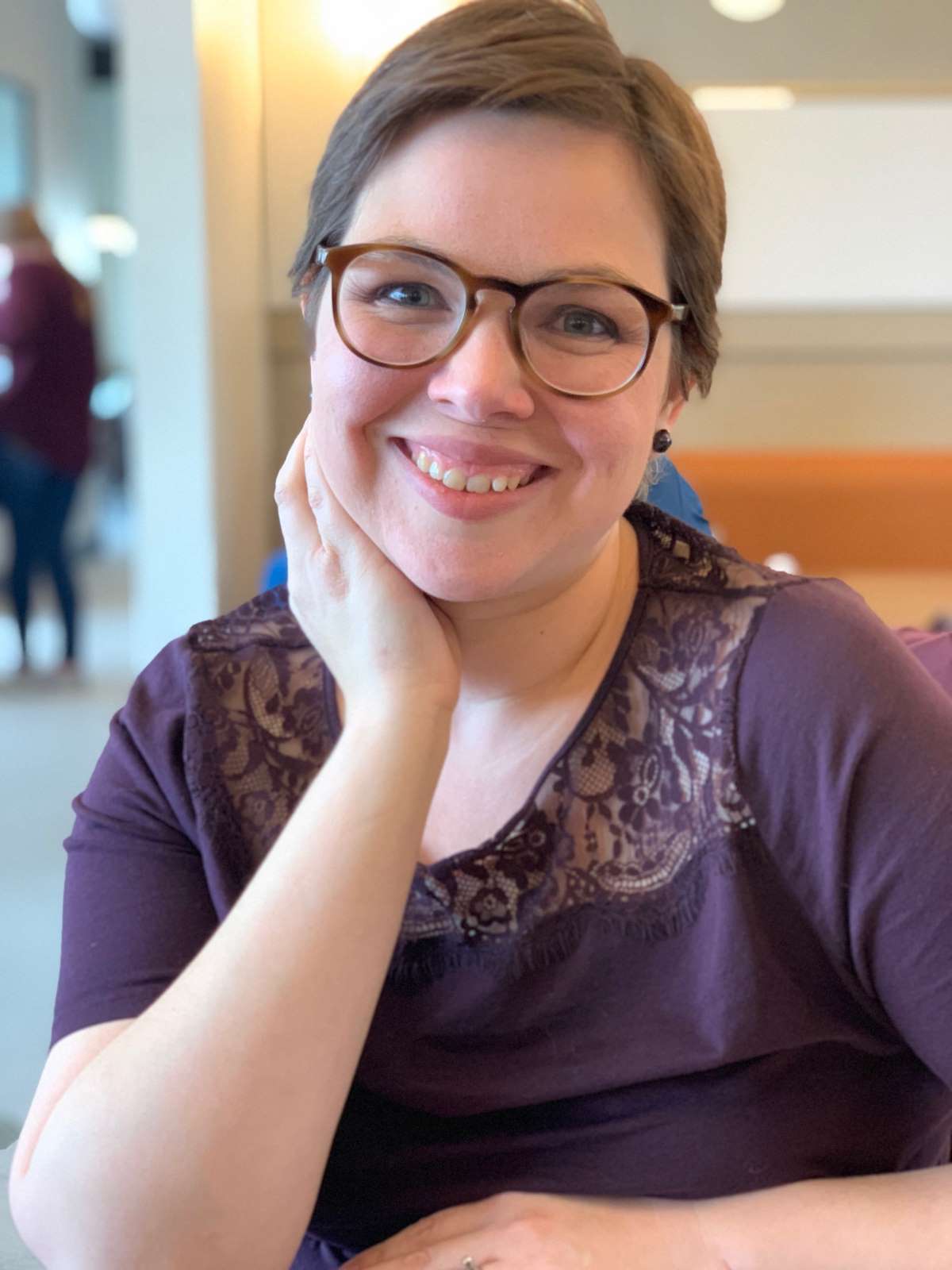 Erin Menke-Assam oversees donor development, communications and international partnerships. She has vast experience in missions, training, research and development. She is a literacy master trainer and played a key role in the planning and implementation of international literacy programs. Her research experience includes program evaluation, donor surveys and market research.

Erin also enjoys connecting and engaging partners in ministry. She says, "It's a blessing to help people become part of fulfilling the Great Commission. We are all working together to see that the Gospel goes forth and people come into relationship with Christ." Erin completed a master's degree in International Public Service from DePaul University in 2011 to prepare her to fulfill the call to serve in international Christian non-profit organizations.

Of her role as Director of Partner Development at Reach A Village, she says, "I am thrilled to be part of a ministry that is working not only to share the Gospel, but disciple people and establish a thriving church in unreached villages." 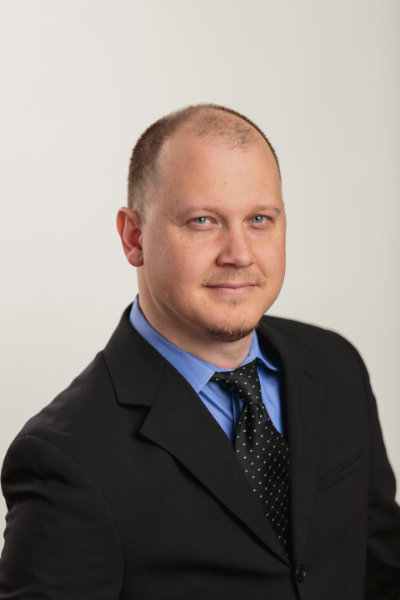 Ellis Craft grew up in Thailand and the Philippines, where his parents were missionaries. Upon returning to the United States for college, he attended Moody Bible Institute and University of Illinois Chicago, graduating with a Bachelor of Arts degree in Sociology. He then did work for his master's degree in Community Development at North Park University and worked two years in Chicago's South Side.

The next 10 years were spent developing his skills while working with the largest Illinois non-profit provider of services for people with disabilities. The first eight years were spent in management, and the last two years focused on staff development and training. Sensing a deep call to church ministry, Ellis returned to Moody in 2016 to attend Moody Theological Seminary. His master’s program in Ministry Leadership was completed in 2018.

Ellis serves Reach A Village as the Vice President of International Ministry, interacting with our ministry partners overseas. He assists with managing finances and reporting. 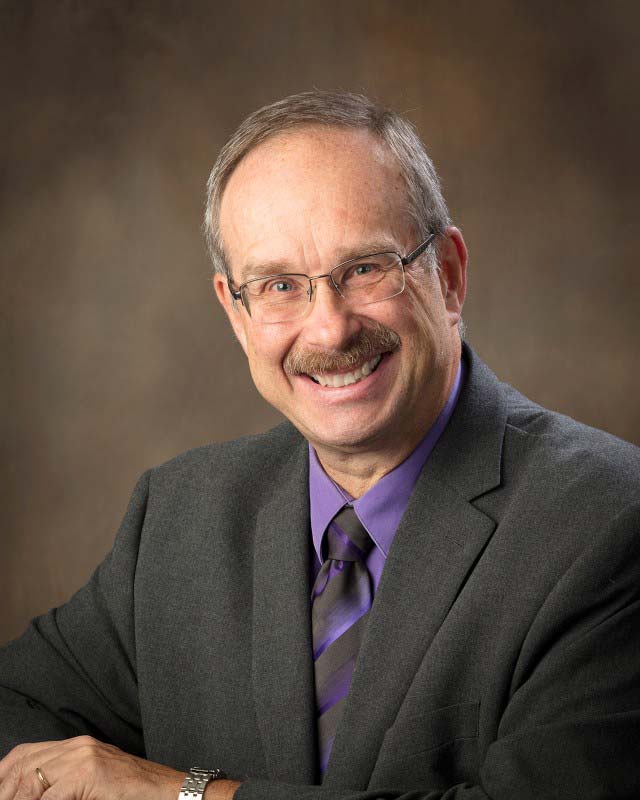 Tim Trout, Chief Financial Officer for Reach A Village, has a financial and ministry background of over 35 years. After college, he became a full-time pastor and served as a missionary to the Philippines. On the field, Tim organized and managed finances. When he returned to the United States, he earned a MBA in Accounting and Finance from Keller Graduate School of Management, and he is a CPA. His experience includes Chief Financial Officer and Regional Finance Officer for two major international ministries.

Tim's life verse is 1 Chronicles 29:11-12, "Yours, O LORD, is the greatness, the power, the glory, the victory, the majesty. Everything in the heavens and on earth is yours, O LORD, and this is Your Kingdom. We adore You as the One who is over all things. Riches and honor come from You alone, for you rule over everything. Power and might are in your hand, and it is at your discretion that people are made great and given strength." 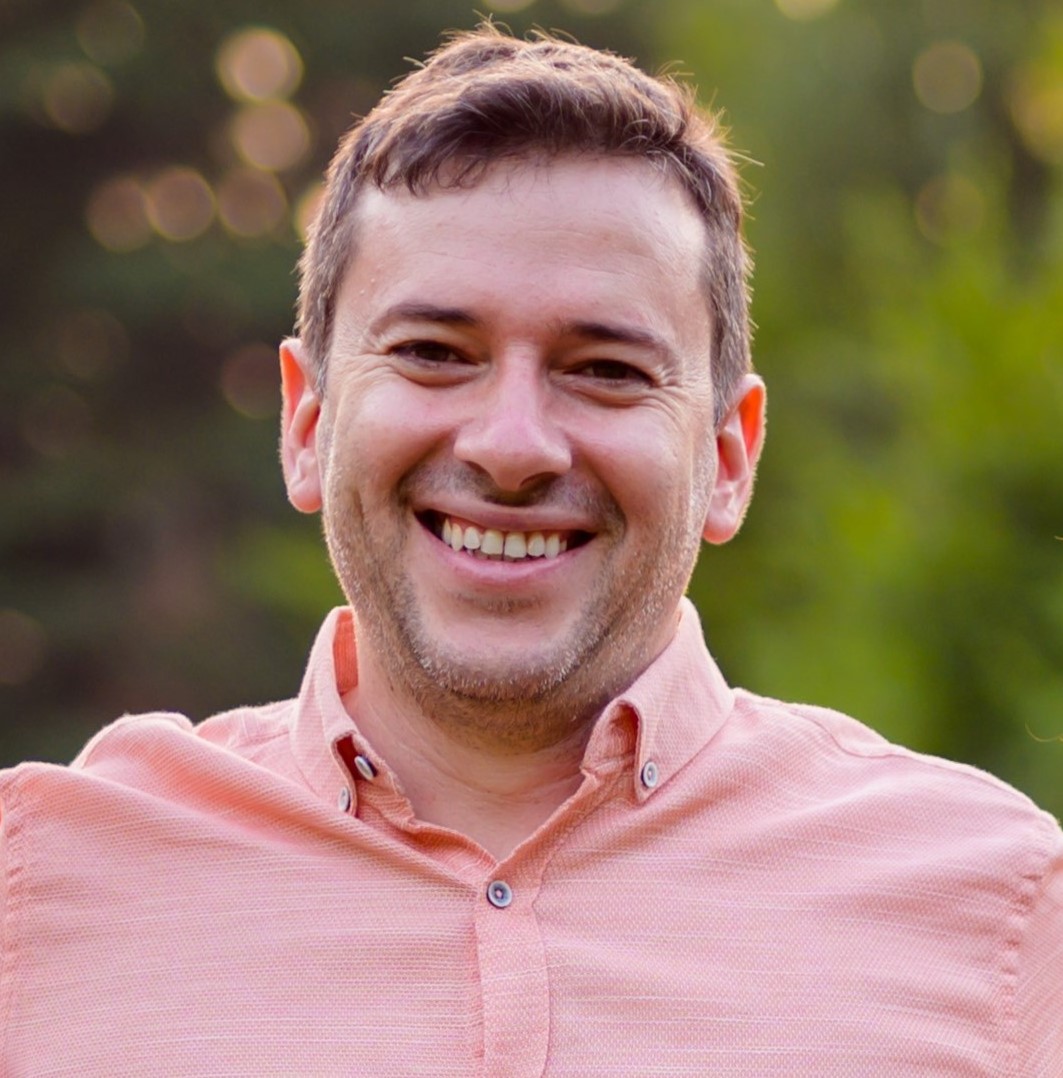 Nikolay Ivanov serves as Reach A Village’s national ministry director for all countries in Eurasia.

Born during the Cold War in Bulgaria — an Eastern European country with deep Christian roots — he began attending church in the 1980s. At that time, Christians were meeting in secret and facing serious persecution from the KGB. Bulgaria was the satellite country closest to the Soviet Union. Bibles and any Christian materials were almost impossible for believers to get. Brave Christians from Western Europe were able to deliver some materials to them secretly.

Nikolay vividly remembers receiving his first precious Bible when he was seven years old. During the next three years, he read the entire Bible three times. God was preparing this man to bring His Word to the people of Eastern Europe.

At age 17, Nikolay started preaching and serving in his local church. At age 19, he became a youth pastor. By age 25, he was part of building a vibrant, new Christian community in Sofia, the capital city of Bulgaria. In 2003, he became involved in leading local believers in Bible Distribution, Scripture Placement and Bible Study programs, and Church Planting. He became national director of Bulgaria in 2011 and took on regional leadership in 2022.

Nikolay completed his theological training at the Logos Bible Academy (2000). He earned his bachelor’s degree in psychology at the South-West University (2005) and his master’s degree in screenwriting at New Bulgarian University (2010).

With the support of his wife Denitsa, Nikolay is now based in Sofia, Bulgaria, for his work with Reach A Village. Nikolay and Denitsa were married in 2003, and are the parents of two children, Matthew and Emma. 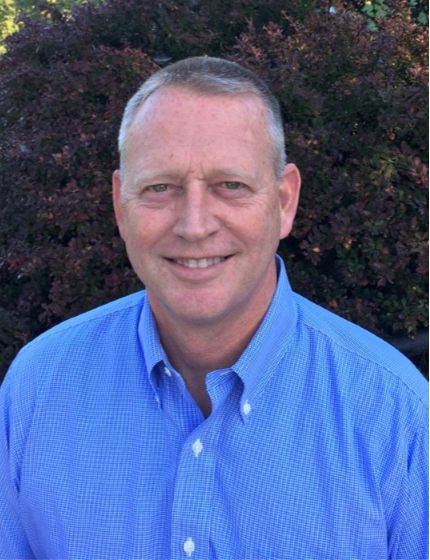 After almost 30 years in pastoral ministry, Jerry is now serving as Ministry Representative for Reach A Village. “I have as my life purpose to serve the Lord in whatever capacity He directs me," Jerry shares. “He has placed in my heart a love for the ministry of Reach A Village.”

Jerry previously served on the Reach A Village board of directors and has been an active member of several other boards. He was a longtime member and past president of the Lombard Lions Club. For 12 years, he served on the school board in Villa Park, Illinois, acting as board secretary as well. From 2014 to 2019, Jerry was a board member with the Carl F.H. Henry Center for Theological Understanding. 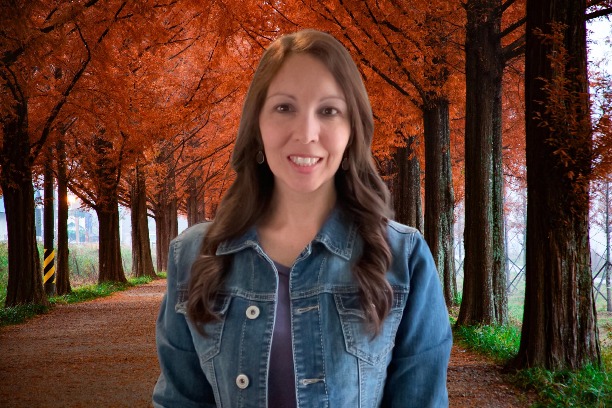 Andrea Hildebrant joined Reach A Village in 2021 as Partner Relations Associate. Andrea is blessed to have nearly 20 years of youth/children’s ministry and short-term missions experience, working with local churches and international partners. Andrea is happily married to her wonderful husband, Jake, and together they have three amazing children.

Andrea graduated from Murray State University with a Bachelor of Social Work and Master of Science in Human Development and Leadership. She has experience as a social worker, college instructor and working with vulnerable populations, such as individuals with disabilities and youth in foster care. In August 2022, she completed a Ph.D. in Leadership Studies at the University of the Cumberlands. Andrea’s desire is to use her gifts and abilities to glorify Jesus and help others know and follow Him. She is so thankful for the opportunity to join the team at Reach A Village!