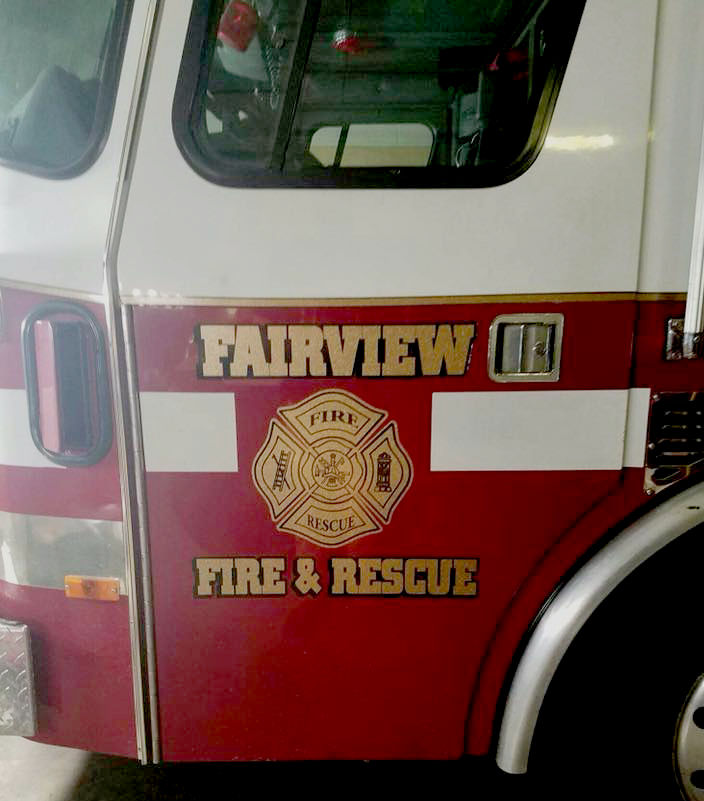 COVID-19 has already taught us the importance of “first responders” and frontline workers. This pandemic has also taught us to appreciate the unseen, unidentified essential workers and the willing volunteers who meet critical needs in times of crisis. My first experience with serving as a “first responder” came unexpectedly when I was a teenager.

One of my most vivid teenage memories is riding in a recently purchased fire truck to a fire in our small hometown. Like many rural communities, the fire department in our town is made up entirely of volunteers. My dad, the first mayor of our town, and I had just picked up the first fire truck purchased by our municipality in anticipation of forming our first fire department.

To our surprise, as we drove into town that day, we received word that the Fairview Superette grocery store was on fire. That store, across from the high school, was the place where kids hung out after school, and where farmers fueled their trucks and equipment. Just a few hours before, we had experienced a thunderstorm, and lightning must have triggered a fire in the attic.

By the time we arrived at the store, smoke was billowing and flames were shooting from the roof. One of our small town’s essential businesses was engulfed in flames. Thankfully, firefighters from two neighboring towns were already there battling the fire and got it under control.

As those experienced firefighters drove away, they left us with our red fire engine and “green” volunteers to stay behind and put out hot spots overnight.

No, our hometown volunteers were not the first on the scene that day; in fact, we barely made it there. Our inexperience and lack of preparation interfered. Dad and I had trouble getting the truck started and didn’t know how to use the siren or lights. We had not yet begun our official training. All we had was a refurbished truck and a few willing volunteers. We were certainly not ready to be “first responders.”

One of the men in the community, who had just retired from the U.S. Navy and had been a firefighter on a warship, stepped up to lead us. We were thankful for his experience and training, as well as his willingness to help us prepare to be “first responders” for our own Fairview Fire and Rescue unit.

We weren’t expecting a fire in our town that day. If only we had been trained. If only we had formed a fire department sooner. If only we had owned better equipment. If only the emergency phone system had been ready. Then we might have saved the Fairview Superette. You see, the first fire department called came from the city more than 10 miles away. By the time they arrived, it was too late to save any merchandise or the building structure.

In the next few months after that fire, my call to follow Jesus led me to serve small rural churches as a student lay-pastor. From my pastoral ministry experience, I felt called to leave the United States and share the Gospel among people in a nation where there were very few Christians. My “first responder” instinct led me into the unknown to “rescue the perishing.”

What I encountered was similar to what I had experienced as a volunteer fireman many years before. I was neither prepared enough nor equipped enough to provide help at the scene. I needed years of language and culture experience to get “close enough” to rescue anyone. People in more than 80,000 Asian villages were waiting to be rescued from sin and darkness. They had been waiting for more than 2,000 years. They had never heard about Jesus, had no Bible and had no believers living in their villages.

God led me to some local Christians who were willing to help reach their own people. Believers — from communities and villages that had been reached with the Gospel — were volunteering to go to other places. These volunteers became the “first responders,” serving God in unreached areas and villages of their own nation. That was when I first realized that as a foreigner and an outsider, I am very limited to do much on my own.

Following God’s direction, I became a listener and learner, and I began to let the local believers teach me. Many of these local Christians had known Christ even longer than I had. They had Bibles in their heart language and studied God’s Word carefully through the power of the Holy Spirit as He guided them into all truth. He was calling them to follow and to go! And they were responding.

God showed me that these local volunteers are the answer to reaching their country for Jesus Christ. In a single day, they were capable of reaching more people than I had reached in a year. I needed to find a way of encouraging them, equipping them and working with them in what the Lord was leading them to do.

Out of this experience, and many similar ones, came the ministry of Reach A Village. Finding and working with capable local Christian leaders has resulted in thousands of villages being reached by an army of volunteer “first responders.” Reach A Village continues to equip them with mobility, training and scriptures so they are able to go farther and faster in taking the Gospel to the unreached. These rescue workers bring healing and hope into the darkest situations.