One Year After the Coup: Urgent Needs Remain in Myanmar

This week marks the one-year anniversary of the coup in Myanmar, also known as Burma. The military junta took over in the early hours of February 1, 2021 just before newly elected officials were to take their seats in government. The top democratic leaders were all arrested, and the junta assumed full control.

This sparked nationwide peaceful protests which turned into a civil disobedience movement. Families, healthcare workers, bankers, teachers, lawyers, and even street sweepers all took part. Protests were met with violence and deadly force. Soon, only the urban youth remained, who had been mostly raised in a quasi-democratic society.

A shadow unity government was formed in exile, and they encouraged their citizens in every village to rise up with arms against the military. This action only enraged the military. They ramped up efforts to bomb villages and search every house for resistance leaders. More bloodshed ensued.

As of last week, our church planting teams said over 200,000 villagers were escaping bombing and seeking shelter in the lowlands and delta regions of the country. The military is blocking main roads and preventing people from reaching safer areas. In many of the mountain areas, it is an absolute warzone. The terror is now moving into the lowlands.

All these terrible events are happening on top of the pandemic. Myanmar escaped the first waves of COVID-19, but was caught off guard by the delta variant. The military hoarded vaccines and PPE. The remaining few hospitals were unprepared with limited supplies and inadequate staffing.

Untold thousands have died in Myanmar, and we may never know the full number of deaths that occurred this past year. Many church planters were sick with COVID-19 and some even died or lost relatives. Please pray as this next wave of omicron sweeps the country and for protection of these war-torn and battered souls. During the last wave, the military even welded shut hospital gates. There is no telling what they may do next. Their evil knows no limit.

We have been meeting every week with 30-40 leadership members by Zoom, though many cannot join because of limited internet. Praise the Lord, we were able to get 10,000 Bibles into Myanmar and through checkpoints. The church planting teams have continued to work among this chaos. For the last year, our faithful partners, by the work of the Holy Spirit, saw:

Countless bags of rice, cooking oil and dried noodles and fish were distributed to new believers and in unreached villages as the Gospel was shared.

I would like to ask you to pray for our ministry partners and the people of Myanmar, and please give if the Lord prompts you. I know your support would encourage our partners greatly as we all stand together as brothers and sisters in faith. Thank you for your prayers and concern for this heartbreaking situation and for the people of this nation. 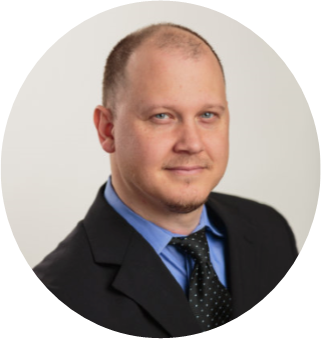 In His service,
Ellis Craft

Ellis Craft grew up in Thailand and the Philippines, where his parents were missionaries. He now serves Reach A Village as Vice President of International Ministry, interacting with our ministry partners overseas. Ellis did master's degree work in Community Development at North Park University and in Ministry Leadership at Moody Theological Seminary.