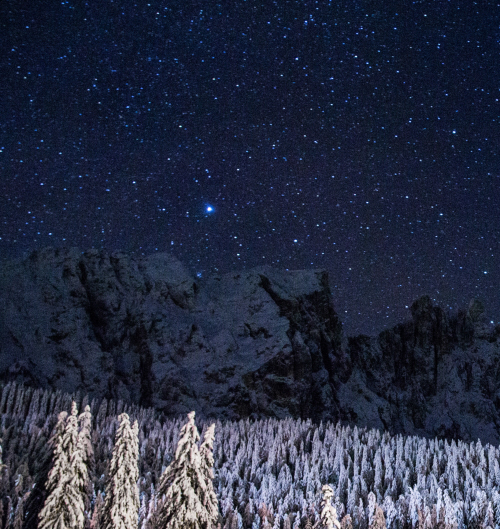 “For God in all his fullness was pleased to live in Christ, and through him God reconciled everything to himself. He made peace with everything in heaven and on earth by means of Christ’s blood on the cross.”

Perhaps you’re familiar with the reality TV show “Undercover Boss,” where company owners or executives disguise themselves to go undercover as trainees in their own organizations. Oftentimes the bosses find themselves having to do difficult jobs where they get dirty and are outside their comfort zones. Not only do these executives learn a great deal about their companies, but they also are able to see deeper into the lives of their employees.

“What has this got to do with Christmas?” you might ask. How better could the Creator of the Universe disguise Himself than by wrapping Himself in the human flesh of a helpless baby? He came disguised as the child of a poor couple seeking refuge in a humble stable. His mother was even unmarried when she became pregnant. What must it have taken for the King of the Universe to confine Himself to Mary’s womb and then a lowly manger?

Why would He choose to do it? Sin had spoiled the perfect universe He made and the lives of the people He created. He saw their pain and suffering. He embraced their weaknesses and wept over their sin. He saw that they could never solve their problems themselves. He could have used His vast power to wipe everyone out and then remake His creation, but instead He chose to redeem His people and restore His creation by coming to earth in disguise.

Jesus became a human being like us, walked among us, and experienced the human condition, enabling Him to relate with us on a deeper level. He allowed the sin of mankind to come upon Him. And through His suffering and death on the cross for us, the disguise was ripped off and His true identity was revealed – our loving Savior, Jesus Christ the Lord! “Joy to the world! The Lord is come; Let earth receive her King!”

We can’t thank you enough for your partnership in helping to reveal our King and the wonders of His love to the nations over the past year! Merry Christmas from all of us at Reach A Village!