The Unreached Are Not Unreachable 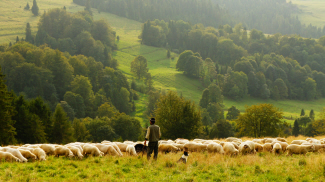 Luke 15:4-7 (NLT)
“If a man has a hundred sheep and one of them gets lost, what will he do? Won’t he leave the ninety-nine others in the wilderness and go to search for the one that is lost until he finds it? And when he has found it, he will joyfully carry it home on his shoulders. When he arrives, he will call together his friends and neighbors, saying, ‘Rejoice with me because I have found my lost sheep.’ In the same way, there is more joy in heaven over one lost sinner who repents and returns to God than over ninety-nine others who are righteous and haven’t strayed away!

John 10:16 (NIV)
“I have other sheep that are not of this sheep pen. I must bring them also. They too will listen to my voice, and there shall be one flock and one shepherd.”

I love the fact that Jesus used such simple, real-life illustrations to show His love and His purpose. These two stories both speak of those who need to be reached.

The first is about one lost sheep, separated and alone while the rest of the flock is well-fed and safe. Picture a little lamb, hanging off the edge of a rocky crag, bleating and most likely bleeding from its perilous wandering. Then Jesus comes to the rescue, carries the sheep upon His shoulders to safety. This parable speaks of salvation, assurance and love.

We most often apply this parable to ourselves. We are helpless sheep, and we know it. Jesus said that, “when he has found it,” he will joyfully carry the lost sheep back. “When he has found it” expresses the confidence of Jesus that He will reach and find the lost sheep. There is no “if” in this story. The lost can be found. The unreached can be reached. The unreached are in no way unreachable.

Near the end of His life on earth, just before He entered Jerusalem for the last time, Jesus told another story to his disciples about sheep. “I have other sheep that are not of this sheep pen. I must bring them also. They too will listen to my voice, and there shall be one flock and one shepherd.” This time it is not just a single lost sheep.

There are entire flocks of sheep outside the reach of the shepherd. They are not just lost, they are in danger from thieves and robbers who intend to kill and destroy them. Who will reach and rescue those very real “sheep” for the Great Shepherd? That duty, as the disciples soon learned, would fall on them. Jesus said that if these sheep could but hear His voice, they would listen and become part of His one flock. Again, Jesus speaks with assurance that these sheep will listen.

There are an estimated 1 million villages and communities that have yet to hear and respond to the voice of Jesus the Shepherd. No one has reached them with the Good News of rescue and redemption. The little lambs continue to fall prey to the sex traffickers and abuse. Sometimes their own parents or relatives will sell them into slavery. Drugs and alcohol will rob these sheep of their hope and continue to cause death and destruction of families. It is all because these sheep remain unreached and un-rescued.

When will we reach them? They are reachable, especially today with our resources and technology. The question is when. How much longer must they continue to wait to hear His voice and follow?