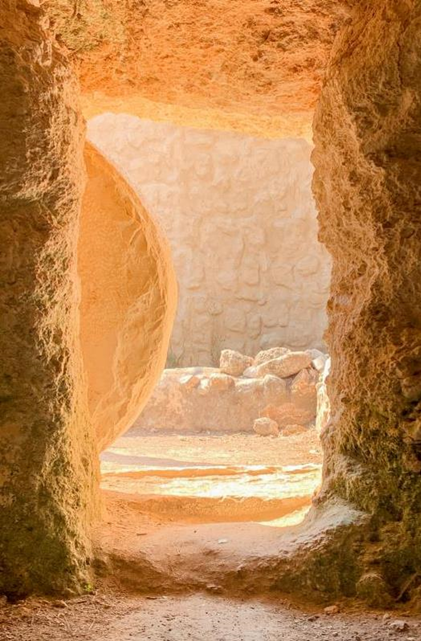 Easter, as celebrated by most of the Christian world, is dominated by the sufferings of Christ as evidenced by processionals depicting the “passion of the Christ” and Easter “passion” plays. Focusing on the suffering of Jesus in His human body is only looking at one small snapshot of a much bigger picture.

The crucifixion of Christ, as horrible as it was, was not just a single event on a single day. It was an eternal truth. According to Revelation 13:8, Jesus was the “Lamb slain from the foundation of the world”. Think about that! The eternal God who knows no “time” as we see it, had determined a grand plan of redemption for the human race. It was an eternal plan in which the death of the incarnate Jesus was an eternal event witnessed by the human race in our time and space. Those who believe, enter into eternal life and become part of God's Kingdom.

Evangelist Leonard Ravenhill, often would shock crowds of believers by saying that “Jesus didn’t die on the cross...(long pause). He died in the garden of Gethsemane in prayer!” It wasn’t the Romans or the Jews who took Jesus’ life. He willingly gave His life for us all… including for the sheep not yet rescued. Yes, He died even for the yet unreached.

Jesus Himself said in John 10:15-18 (ISV) "Just as the Father knows me and I know the Father. And I lay down my life for the sheep. I have other sheep that do not belong to this fold. I must lead these also, and they will listen to my voice. So there will be one flock and one shepherd. This is why the Father loves me, because I lay down my life in order to take it back again. No one is taking it from me; I lay it down of my own free will. I have the authority to lay it down, and I have the authority to take it back again. This is a command that I have received from my Father."

I would encourage you to take a deeper look into what Jesus said to his disciples on that last week of His earthly life. Read John chapters 11-20. He shared the hope of resurrection, the certainty of persecution, the need for perseverance, the necessity of following His example, loving and serving one another, the promise of the Holy Spirit, the power of prayer and the call to reach the world with His Kingdom message.

Thank you for being part of the Kingdom of God and for working with Reach A Village to spread the Gospel. Easter is about more than just forgiveness. It is about a way of following Jesus in service and sacrifice. It is about the comforting and cleansing of the Holy Spirit.

May He fill you with His Spirit and resurrection power this holy season.

Reach A Village Founder and President