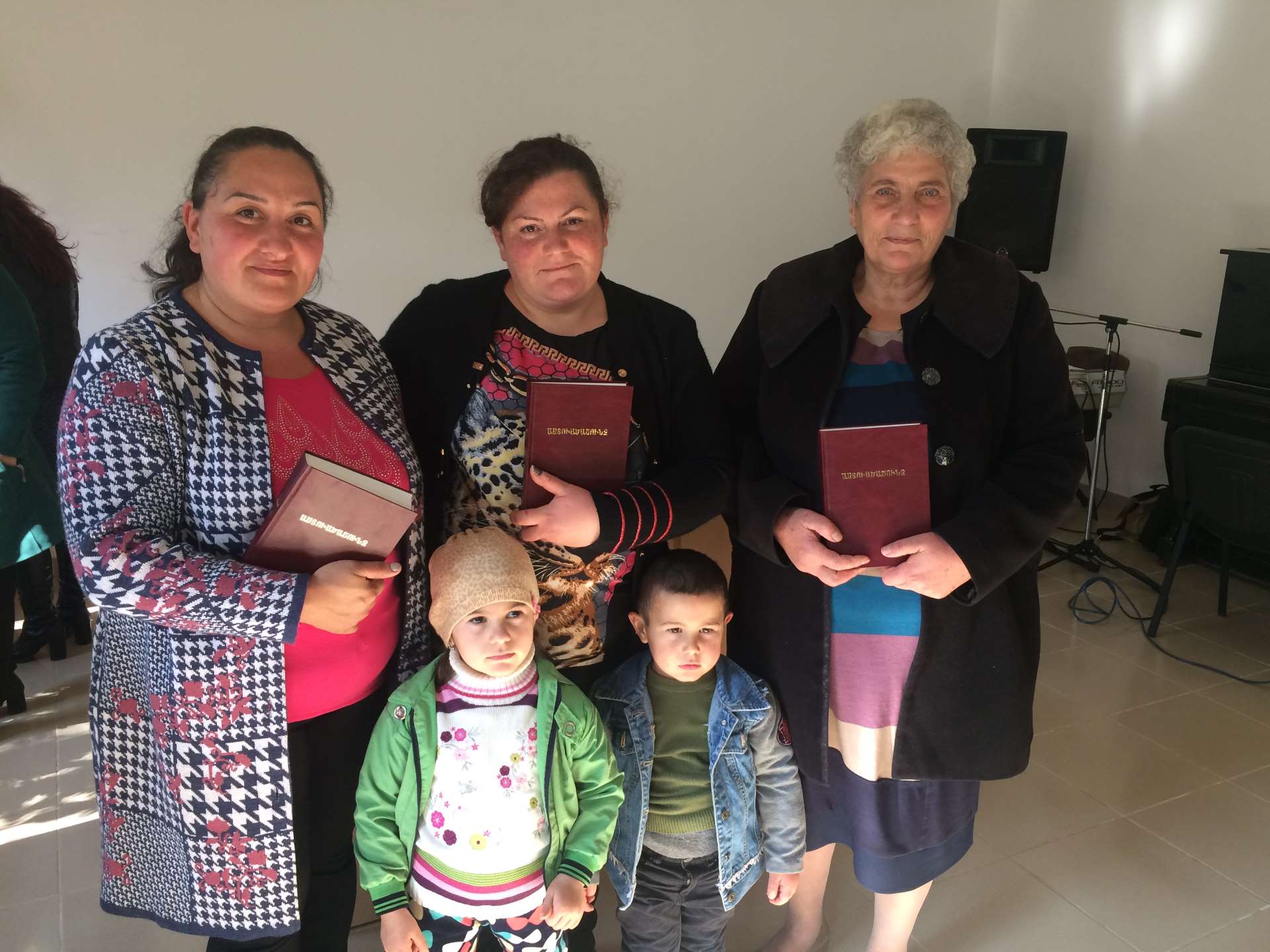 Living conditions were difficult on the farm where 28-year-old Carine (first from the left) grew up in a village in Armenia. After she got married, the struggle to make a living continued. Although her husband was a very good furniture maker, there was not much work in the village. “There were days when we gave the last piece of bread to our two sons, and my husband and I were starving,” she shares.

Carine and her husband made the tough decision to leave the village and move to a large town over 100 miles away to try and make a better life for their family. They had no idea the eternal impact that decision would have on their lives!

One of their new neighbors told Carine about a church in the town that held a summer day camp for the children. Carine’s husband said that she should go with the boys, because “we don’t know what they are being taught there.”

“On the first day of camp, I was so impressed that I stayed with my children the entire time. It was a unique environment where the children were treated with warmth and love,” Carine recalls. “I learned that God is a Living God, that He is a God of love. The next day, the organizers not only allowed me to be present, but also offered to let me participate, helping to prepare the children's food and supervise the games.”

After camp was over, Carine and her family began attending the church. “That church became my second home,” she says. “We just finished a Bible study program, and now I have my own Bible! When we started praying as a family, things changed a lot. Now, we no longer go to sleep hungry; God cares for our needs, and we live a life of glory for His name."