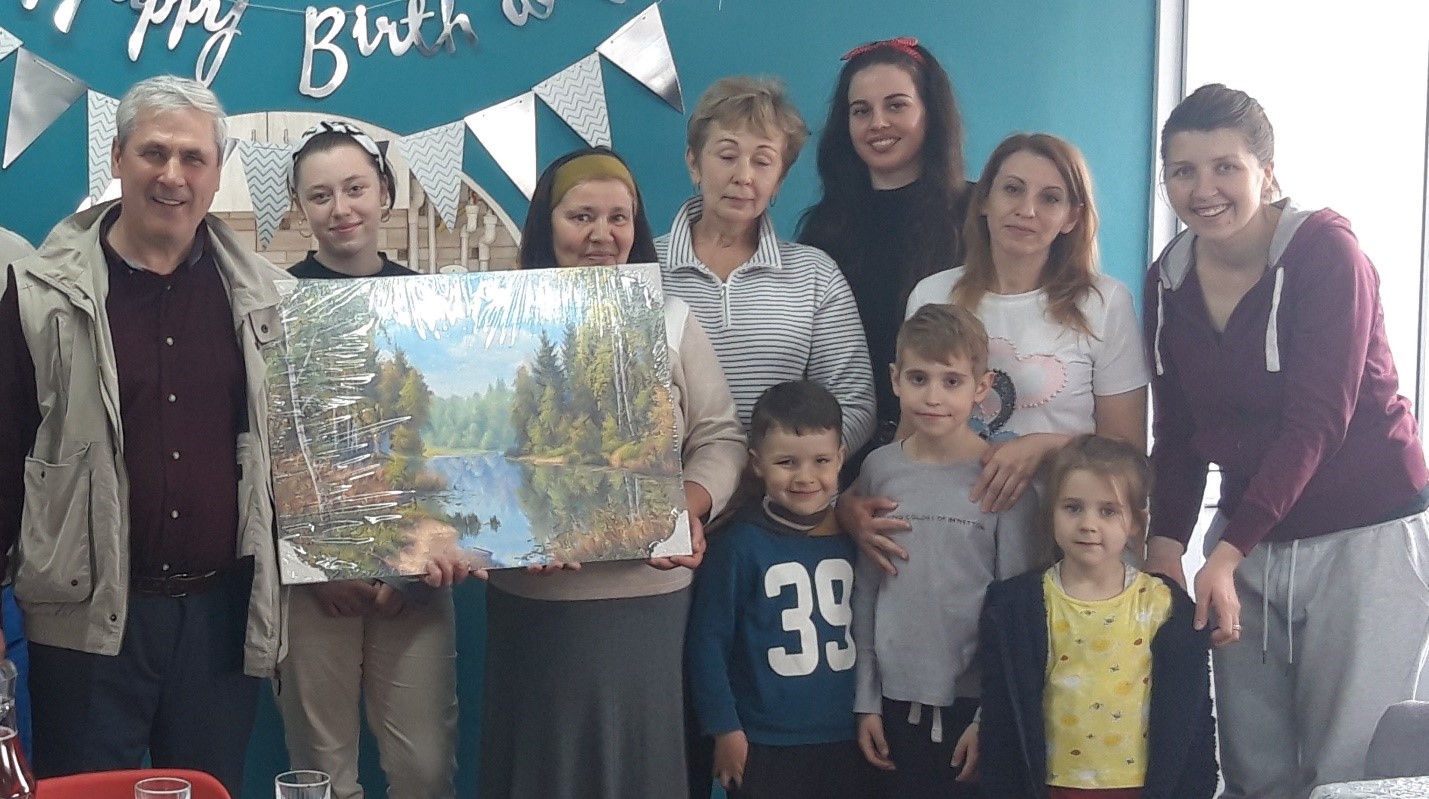 Sometimes in the midst of losing everything, a woman finds God. That’s what happened for Olesya.

Born in Odessa, Ukraine, she heard about God during her years of growing up there. “I never took God seriously,” she says. “I wasn’t sure if He really existed, and I didn’t want to know more about Him. I already knew what I wanted in life.”

When Olesya began studying at the university in Odessa, she was sure her dreams would come true. She would have a successful career, meet a successful man and have a happy family life. Soon, she met Danylo, the man of her dreams. “He was handsome and already had a job as a lawyer,” she says. “We began living together and planning our wedding. Our life was perfect.”

Then, the war in Ukraine began. Danylo was afraid for Olesya and convinced her to leave the country with her aunt. “Like thousands of women and children from Ukraine, my aunt and I went to Moldova,” Olesya says. “We believed the war would end quickly, and we would return home soon.”

Dozens of people met these refugees at the border and took them to different locations in Moldova. Olesya didn’t know that many of these volunteers are followers of Jesus.

“Our group of 12 women and children ended up in a village at the center of Moldova,” Olesya says. “Only a few of them spoke our language. They took us to a church building, and we were afraid because we didn’t know what religion they were. We soon found out that they are ordinary people like us. They took care of us.”

Those who spoke Russian shared the Gospel with them with the hope that some of them could understand. Some of the men built a shower room and installed a washing machine for Olesya and her group to use at the church.

“In a few days, more local believers brought us Bible study books to read and study,” Olesya says. “We wanted to hear what God would say to us.” In the evenings, all the women gathered together to read and study the Bible. Olesya began to understand what the Bible says. She thought seriously about what she was learning, and her faith grew.

“After a while, I made a decision,” Olesya says. “I repented and asked God to forgive me for deciding to live with my boyfriend without being married. I also accepted God’s Word as truth. I realized that following Jesus is not a tradition but is everyday life. When I talk to my boyfriend on the phone, I tell him about Jesus. I pray for him and our future together. I’m trusting God to change his heart the way He changed mine.”

*In the photo, Olesya is the tall girl in the back with dark hair and a red ribbon.