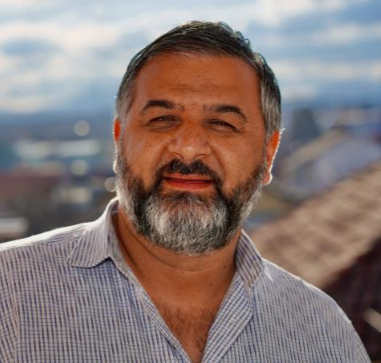 Instead of hearing the truth of the Gospel that night, however, Ediyan filtered everything he heard through his Islamic faith. Feeling hurt and offended by these new beliefs, he refused to return. In fact, he stayed away for an entire year — even when his new friends invited him again.

One day, he decided to accept their invitation. This time, he felt welcomed. With the help of group members, Ediyan learned more about Jesus and began to read God’s Word. Soon, he was standing up for his newfound faith in Jesus as the Messiah in the presence of other Muslims. “As the Gospel entered my life, I realized that faith in Jesus Christ was in my heart,” he says. “I’m committed to serving the one true God and my Savior.”

Today, Ediyan is one of our ministry partners and leads a team of believers who travel to nearby villages and share the Gospel. He leads two Bible study groups and looks forward to starting new churches in his area.

Ediyan adds, “Now that I know God’s truth, I want to tell everyone I meet about Jesus Christ.”