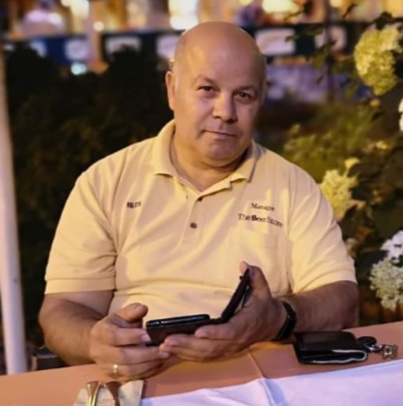 Gancho had been studying God’s Word with his friend, Zarko (left) for about a year before COVID-19. “Zarko showed interest,” Gancho says, “but because of his Muslim background, he felt reserved toward Christianity.” While they were meeting and studying together, Zarko’s daughter became a follower of Jesus and joined other believers in a house church.

One day, Zarko called to tell Gancho that he had coronavirus and was hospitalized. He asked Gancho to pray for him and his family because his children were also infected. “He had trouble speaking,” Gancho recalls. “His voice sounded rough and restricted.”

Just a few hours later, Zarko sent Gancho a text message, asking Gancho to lead him in a prayer of repentance. Gancho immediately called his friend, and they prayed together.

The next morning, Zarko texted to say he had stayed up all night praying and praising the Lord. That afternoon, he was intubated and passed away the next day. Zarko’s children—who are recovering from the virus—are thanking God for His gift of salvation to their father.