Isabelle is a teenager from North Macedonia. Because her parents are evangelical Christians, she has been part of her local church for as long as she can remember.

For most of her life, Isabelle believed that good people go to church. However, as she entered her teenage years, she began to wonder about what being a “good” person really meant. Her peers who did not attend church appeared to be good people, as did her fellow church friends. Was it possible that people could be good without going to church?

Questions continued to nag at her mind, and she was eager to get real answers. Isabelle dove into the Word of God and, with the help of her youth leaders and the Christian literature they provided, she received a soul-changing answer.

Isabelle shares, “After some time, I understood that every person, even me, regardless of the fact that I am good, needs forgiveness for their sins, repentance and personal fellowship with God, Jesus Christ.”

For the first time, Isabelle felt that her soul had worth. “I understood that to progress spiritually and to overcome the temptations in my life, I needed the Church, my brothers and sisters, through whom I was encouraged and taught,” she explains. It was no longer a question of being a good person alone. Isabelle learned that salvation comes through repentance, forgiveness and a life of fellowship with the Lord.

Today, Isabelle has fully devoted her life to Jesus. “My life has real meaning, and my future rests in an eternity with my Savior!” she says. 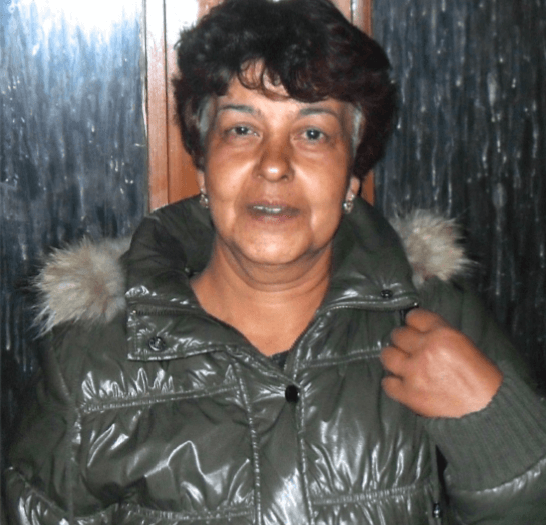 Betty is 56 years old and lives in Bulgaria. She attended mosque regularly for her entire life. Though having weathered many hardships in life, Betty felt that her prayers were never answered – no matter how often she went to mosque to pray.

For several years, Betty’s neighbor had been inviting her to join Bible study. And, for several years, Betty brushed off the idea of attending as crazy. She went to mosque, and that was that. Yet, lately, Betty’s heart was aching for peace. Her curiosity was growing. Was it possible that there was a God who could truly answer her prayers?

The next time her neighbor extended an invitation to Bible study, Betty accepted. On her way to the group, Betty had a terrible headache. She wanted to pray, but a familiar skepticism arose in her mind. Why pray over something as silly as a headache? Why pray to a God she was not even sure existed or would have the power to answer her prayers?

But, Betty did pray. “Lord, if you are here, please make this headache go away,” she asked. Immediately, the headache disappeared! Betty was astounded. Not only had the headache vanished the moment she prayed, but the miraculous healing lasted, and the headache did not return.

Betty still marvels at the answer she received from one small prayer. Her curiosity about Jesus is blossoming into a deep desire to know the God who seems to know her and care about her. She has begun to attend the Bible study regularly and has accepted Jesus as her Savior.

Betty prays constantly and waits patiently, full of peace, to see what her Lord and Savior has in store for her on this new and marvelous path.

Strength of My Heart 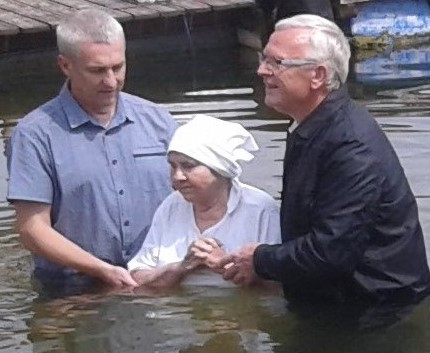 “My flesh and my heart may fail, but God is the strength of my heart and my portion forever.” Psalm 73:26

Betsy’s heart was hardened toward God. Born in Poland to a Catholic family, she was raised with a healthy respect for both God and religion. But, her husband’s alcohol abuse, the stress of raising five children, and having two sons leave the family to become Jehovah’s Witnesses had made her angry at God.

“My image of God was that of someone who would divide and take away,” she comments. Betsy resented God and believed He was responsible for orchestrating the many heartaches of what she saw as a wasted life.

“After 20 years in the organization of Jehovah’s Witnesses, my oldest son left its ranks," Betsy tells. "I began to notice changes in his life. ... He not only said he was happy, but I saw that it was true. My son visited me and talked to me about God, but in a completely different way than before, when he was a Jehovah’s Witness. He often said that God was good.”

This was at odds with Betsy’s view of God. Yet, the more she talked with her son, the more her heart began to soften to the idea of a God of love, a God who answers prayers.

Not long after Betsy’s reunion with her son, she faced her most impossible challenge yet – cancer.

Lying in her hospital bed, Betsy prayed, “God, if You are there, please show me how to believe in You, because I have little life left.” Instantly, a weight was lifted and peace was restored. The cancer symptoms got better, then worse again, and then extremely bad. Betsy was bedridden, but she was not inactive.

Betsy read everything she could get her hands on. First, she read Christian pamphlets, then the book of John – a gift from her son. She received a New Testament and, later, a full Bible. When her eyes began to fail, her son would read to her.

When the pain of breaking bones and illness took over, Betsy lay in a hospice bed desperate to know God more and make Him known. Clinging to life and to God, Betsy prayed all day long for sick friends, for family members who didn’t know God, and for the opportunity to be baptized.

Almost a year later, Betsy baffled doctors with a recovery. She has been baptized and helped to lead two of her other children to Christ. She is no longer angry, because now God is the strength of her heart.

“Today, I'm 70 years old,” Betsy shares. “Although there have been many unpleasant events and moments in my life, I now actually see how the good Lord has led me through them ... And more importantly, how he taught me so much, first about myself, and then about Himself. For that I am, and I always will be, eternally grateful to my Father.” 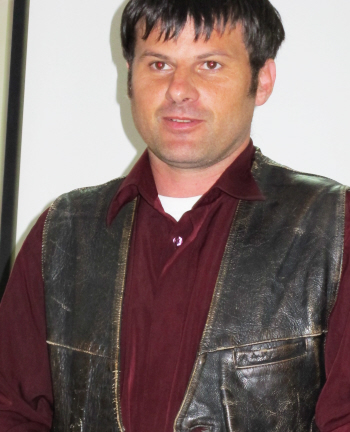 In Ukraine, Victor’s parents considered him unwanted goods from the moment he was born. Though they attempted to build their own relationship, they were wholly unequipped to care for a child. Victor’s earliest memories involve eating off of dirty dishes, intoxicated and arguing parents, swearing and beating.

It wasn’t until he entered school that Victor realized his life was far from normal. School was a new world, without scandals, brawls and alcohol. By the time he reached junior high, Victor was having difficulty reconciling his family life with that of his friends. Realizing that he was not from a well-off family, Victor stole money from a classmate. This one act changed the course of his life.

Victor’s parents kicked him out of the house. Suddenly homeless, Victor found a new family on the streets. This new “family” did not offer love or support, but they did offer drugs and alcohol. They offered a way to escape the pain and hardships of living on the streets of Ukraine.

Drugs became the focus of Victor’s life. He not only used them, but also sold them. It wasn’t long before Victor was caught selling drugs and sent to prison. Though he naturally gravitated toward other criminals while in prison, Victor took note of some people who came to the prison to talk about God and pray with the prisoners.

It was common knowledge in prison that the paper used to make Bibles also made excellent cigarette paper. So, as many of his fellow prison mates did, Victor requested a New Testament from the visitors. However, unlike many of the other prisoners, Victor continued to meet with the prison ministry team. He would read and do his best to memorize each page of the New Testament before he rolled cigarettes.

After attending a Sunday service on repentance, Victor went back to his cell and read the story of the crucifixion. The eyes of his heart were opened and, right then and there, Victor decided he would never again use a page of the Holy Bible as cigarette paper. For the first time in his life, Victor felt hope, love and forgiveness. He repented and accepted Christ as his Savior.

Today, Victor is no longer in prison. He still regularly visits the prison, but now he goes as part of the ministry team – spreading the Good News and handing out New Testaments and literature. Victor’s life is filled with meaning and stability, for which he gives all credit to his Lord and Savior, Jesus Christ. Victor is a new creation!